Bill Bryson: At Home - A Short History of Private Life 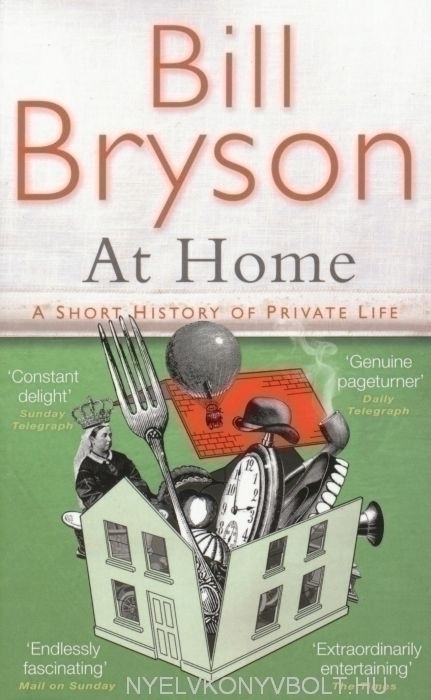 Tweet
Bryson and his family live in a Victorian parsonage in a part of England where nothing of any great significance has happened since the Romans decamped.

Yet one day, he began to consider how very little he knew about the ordinary things of life as he found it in that comfortable home. To remedy this, he formed the idea of journeying about his house from room to room to "write a history of the world without leaving home." The bathroom provides the occasion for a history of hygiene; the bedroom, sex, death, and sleep; the kitchen, nutrition and the spice trade; and so on, as Bryson shows how each has fig-ured in the evolution of private life. Whatever happens in the world, he demonstrates, ends up in our house, in the paint and the pipes and the pillows and every item of furniture.
Bill Bryson has one of the liveliest, most inquisitive minds on the planet, and he is a master at turning the seemingly isolated or mundane fact into an occasion for the most diverting exposi-tion imaginable. His wit and sheer prose fluency make "At Home" one of the most entertaining books ever written about private life.

Bill Bryson: In a Sunburned Country

Bill Bryson: A Short History of Nearly Everything

George Mikes: How to Be a Brit

Bill Bryson: Made in America - An Informal...