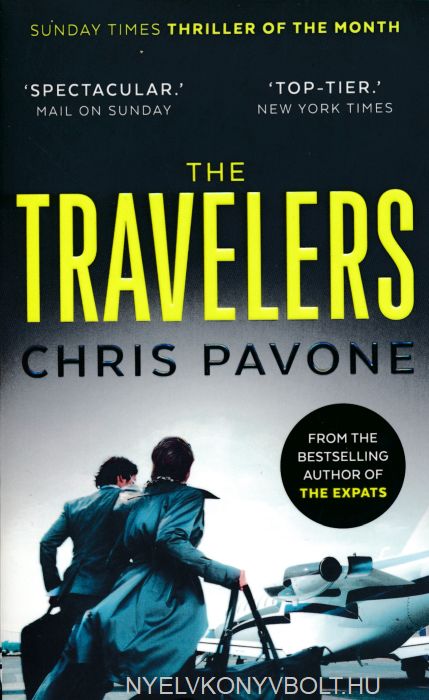 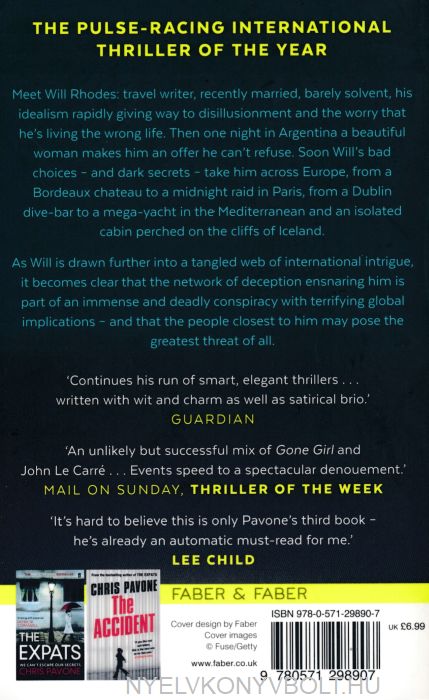 Tweet
A pulse-racing international thriller from the "New York Times" bestselling author of "The Expats "and" The Accident" It s 3:00am.

Do you know where your husband is? Meet Will Rhodes: travel writer, recently married, barely solvent, his idealism rapidly giving way to disillusionment and the worry that he s living the wrong life. Then one night, on assignment for the award-winning "Travelers" magazine in the wine region of Argentina, a beautiful woman makes him an offer he can t refuse. Soon Will s bad choices and dark secrets take him across Europe, from a chateau in Bordeaux to a midnight raid on a Paris mansion, from a dive bar in Dublin to a mega-yacht in the Mediterranean and an isolated cabin perched on the rugged cliffs of Iceland. As he s drawn further into a tangled web of international intrigue, it becomes clear that nothing about Will Rhodes was ever ordinary, that the network of deception ensnaring him is part of an immense and deadly conspiracy with terrifying global implications and that the people closest to him may pose the greatest threat of all. It s 3:00am. Your husband has just become a spy.

Thomas Harris: The Silence of the Lambs